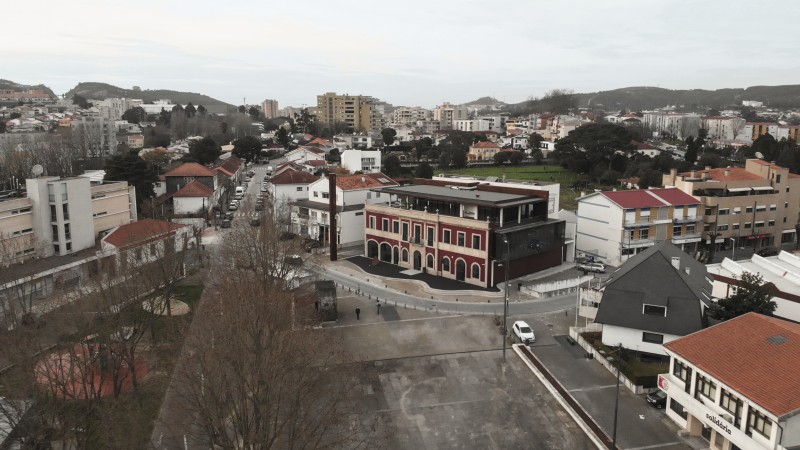 1905 - The association movers to the square [largo] on Avenida D. Carlos I, today Largo do Centenário.

1907 - Inauguration on 17 August, 1907, on the occasion of the 13th anniversary celebrations.
In-between area on the ground floor and 1st floor for firefighters and equipment.

The remaining structure served “other purposes of true general utility, creating a reading room, a room for portraits of the benefactors and a hall for conferences and meetings, which could be converted into a theatre”, for the education and leisure of the population, especially the youth, under the progressive spirit of the 1st Republic, Minutes of the AHBV Meeting dated 12/4/1905.

This was all made possible thanks to the City Council, the Urbana Portuguesa insurance company, the work of ladies and gentlemen of greater standing and wealth, stalls, charity raffles, various shows, and the quotas and monthly fees paid by members.
The less fortunate contributed with the strength of their work, wood and stone, which they also transported. 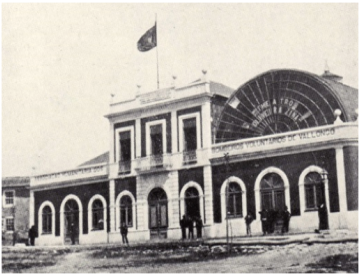 Semi-spherical structure in iron and glass, in the style of London’s Crystal Palace and its counterpart in Porto, built in 1865.
The stage and backstage area were enriched by a structure decorated with allegorical female figures, musical instruments and fireman equipment.
To make ends meet, this space was rented out. The first performance took place on 15 June, and cinema screenings started the following year. 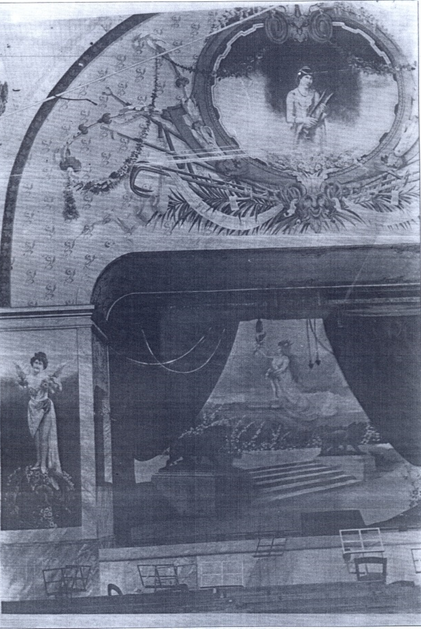 The following could be found on the façade of the central body:

“monument of imperishable glory for those who became benefactors
of their native land, and helped refine and polish its customs with the riches of true instruction.” 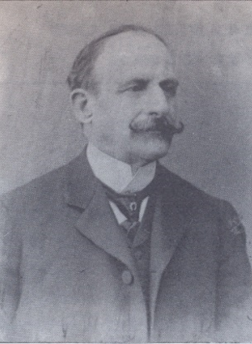 The Great Hall is now called the Marques Saldanha Hall, in honour of the association’s honorary president, for important services rendered in improving the association’s standing, and engraved with golden letters in said space, with reference to 1908, although it was only inaugurated on 12 August of the following year. 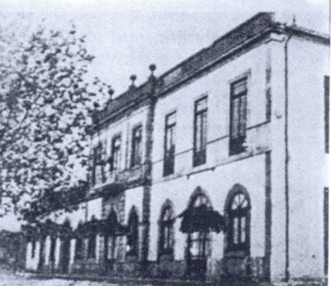 1936 - Replacement of the original cover by a 1st floor in everything identical to that of the central body.

1950s/60s - the 1st floor was extended to the left wing, covering the entire length of the building, and covered with padded industrial tiles, in oxblood red.

End of the 1970s - AHBV intends to build a new barracks on land provided by the CMV.

2015 - City Hall takes possession of the building, through the constitution of surface rights, with a unilateral promise of sale, and public deeds executed on 15 May 2015. 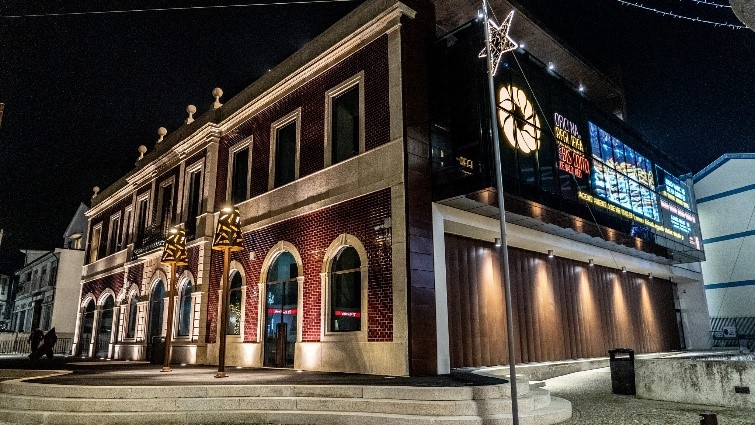 1. Scope of our Privacy Policy
This privacy policy covers this website, as well as other sites that refer to the same policy. The Valongo Regueifa & Biscuit Workshop respects the privacy of Users and processes their personal data in accordance with the laws in force. The data will not be processed for any purposes other than those specified herein. The Valongo Regueifa & Biscuit Workshop reserves the right to update or modify its Privacy Policy at any time, in particular, in order to adapt it to legislative changes.

2. For what purposes are the personal data of Users collected?
The data collected through forms on the website are intended exclusively for processing user requests, and will not be used for any other processing.

4. Who has access to the User's personal data?
The Valongo Regueifa & Biscuit Workshop does not disclose the personal data of its Customers and Users to third parties any without their consent, unless otherwise required to do so by law.

5. Where are User data stored?
The Valongo Regueifa & Biscuit Workshop stores the data of its customers and Users on its servers located within the European Union. These servers are protected and maintained in accordance with the highest security standards, in compliance with applicable privacy laws. If you wish to be removed from our database, you can exercise this right by contacting us through the various means available on the website.

6. Does the Valongo Regueifa & Biscuit Workshop use cookies on its website?
The Decskill website uses cookies in certain areas. Cookies are files that store information on your hard drive or browser, allowing websites to recognise you and know that you have visited them before. The User may configure his browser to refuse cookies, but in this case, the website or parts of it may not function properly. Cookies are used to monitor and analyse the use of the website, allowing the Valongo Regueifa & Biscuit Workshop to provide the best user experience.